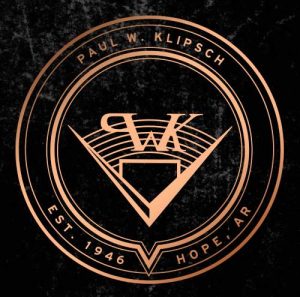 On January 6, 2011, Audiovox announced that the company had signed a “term sheet to purchase all the shares of Klipsch Group Inc”. The sale was completed March 1, 2011.

Since its inception, Klipsch has promoted the use of horn-loaded speakers as part of its goal to produce speakers which:

The company advocates the superiority of horns for the aforementioned properties, but historically horns have a reputation for a coloring of the sound sometimes described as “honkiness”. The exact causes of this coloration are still being researched, but one cause is vibration of the horn material itself. Early Klipsch designs utilizing metal-throated horns whose material could be energized by the sound within and “ring” or “buzz.” Klipsch subsequently introduced horns of braced fiberglass which were said to alleviate resonances that colored the earlier, metal designs. Another cause of “honkiness” is acoustic resonances and reflections when the horn shape causes poor transitions in the acoustic wave expanding from the horn driver. In addition to the direct acoustic effects, these resonances and reflections transform into peaks and dips in the electrical impedance, making problems for the passive crossover network. In 1989 Klipsch introduced a midrange horn with a tractrix flare which was said to reduce “honkiness” and create a more open sound quality, compared to earlier designs. Klipsch also moved away from silk diaphragms to different driver-diaphragm materials like phenolic, aluminum and titanium, to inject a purer sound into the horn in the first place. Midrange horns made entirely of formed wood were used into the 1950s.

Historically, Klipsch speakers were designed based on principles originating at Bell Labs in the 1930s. Objectives included wide soundstage and frequency range from about 30 Hz to 15 kHz, and the speakers were designed to be placed in a room with no single dimension a multiple of another. For competitors who disregarded this old research, Klipsch made a special “Bullshit” button, inspired by Paul Klipsch’s extensive usage of the word.