There is so much misinformation in the world of audiophiles that it’s virtually impossible to debunk all of it. Most engineers gave up trying long ago because “a lie told often enough becomes the truth,” and in this case the lies have been repeated for decades. 99% of all audio reproduction issues cannot be fixed with magic cables, new amplifier designs or more accurate speakers. Every manufacture wants to sell you a solution to a problem that no product can fix, only through knowledge and understanding can the issues be addressed. The vast majority of information published on the Internet is either wrong, or marketing hype disguised as factual data. Most posted component specifications are worthless because they can only be reproduced in a laboratory environment or anechoic chamber. Reviews of components are of no meaningful value either because they’re based on subjective listening tests performed in acoustically untreated rooms. 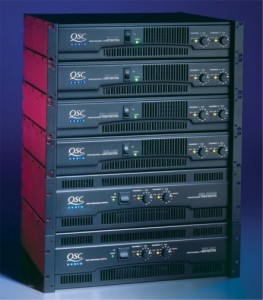 In our article Audiophile 101: Your First Audio System, Pt. 1, we chose to use a JBL 4412 studio monitor, not because of its response curve, but because it is readily available in the market, and offers some degree of sound reproduction control. We had no illusion of it as a perfect speaker, or the reader using it for its originally intended purpose. Our aim was, and still is, to show you how to build a great music reproduction system for your home. To achieve this goal we believe it’s necessary to begin by pointing-out a few things, and asking a few questions.

Due to the varying degrees of quality among available recordings, it’s seemingly impossible to create a system that makes all of them enjoyable. Many audiophiles abandon their favorite music within a few weeks of purchasing a quality sound reproduction system because the poor quality of some recordings is revealed for the first time. This has resulted in the endless quest for what is described as the “warm tube sound”. Unfortunately, this is a misinformed idea because tubes do not possess an inherently  warm sound. In some cases their low power and low damping factor give the impression of warmth through poorly controlled woofer cone movement. The warmth they are seeking isn’t impossible or difficult. How to achieve this has been well known for almost 90 years, having been first researched by Fletcher and Munson. (See Fletcher-Munson and Hearing Damage)

In the recording studio, system accuracy is an important aspect of the work being performed. The audiophile, however, should be seeking a subjectively pleasing reproduction of music in a home environment. Pro audio equipment can easily serve both purposes, but in many cases may not be ideal for home use. The audiophile doesn’t need the accuracy of a studio system. They need a means of reproducing a wide variety of recordings in a way that makes them all sound as good as possible in their home listening room. Achieving this requires the right equipment, configured correctly for the purpose. Unfortunately, many high end audio products are ill-suited for the task. Aesthetically beautiful low power amplifiers, regardless of cost or claims, cannot defy the laws of physics. Good sound reproduction requires large amounts of power. An example can be found in our listening room where a total of 1,300 watts RMS are available just for stereo (two channel) reproduction.

The engineers at JBL and Harman International have published several papers regarding power requirements. Most people wrongly assume that the maximum power rating of a speaker system indicates the largest amplifier that should be used, when in fact it is more of a minimum requirement. JBL recommends 300 watts RMS for their systems rated at 150 watts RMS. The 150 watt rating is based on continuous output, but music isn’t a continuous sine wave. Well-built transducers can handle far more dynamic power than their stated RMS rating.

In the home environment the most important factors are speaker placement and the use of a proper House Curve (created through either crossovers and/or equalization). The proliferation of small speakers in today’s audio market has created a problem for those desiring deep bass and overall perceived warmth. Speaker cones are designed to move air. They are a type of air piston. The larger the cone, the more air it can move. Subwoofers use large cones to move more air. Small speakers also require more power than larger ones to move the same volume of air through longer cone excursion. These systems benefit greatly from the addition of one or more subwoofers. This may be the only way to create a proper house curve because equalization cannot extend beyond the capabilities of the speaker system.

The most important component in any system is a pair of good speakers, which can be had for as little as $500. This is followed by a quality amplifier with at least 150 watts RMS of available power (200 preferred), and in most cases one or more subwoofers. When it comes to amplifiers you get far more for your money by purchasing a pro amplifier such as the QSC RMX1850HD. These can be had for as little as $200 on eBay, and they offer 350 watts RMS of power. The only drawback to most pro amplifiers is fan noise. If the amplifiers can sit in an adjacent room, they will work fine.